Hydrogen peroxide is one of the most popular chemicals in the industry and you may actually have a bottle of it at home. The uses of this chemical is immense, considering it is a powerful oxidizing agent. It is known as an antiseptic, oxidizer, and propellant (in rocketry). Because of its high oxidizing property, it is considered a reactive oxygen containing compound. The compound is actually synthesized by organisms during oxidative metabolism but it is quickly decomposed to water and oxygen by enzymes known as peroxidases.

The human usage of this compound dates back in 1818 when Louis Jacques Thenard isolated hydrogen peroxide after allowing nitric acid to react with barium peroxide. However, this synthesis was enhanced using sulphuric acid instead of nitric acid. Pure hydrogen peroxide has been believed to be unstable as it steadily dissociates to water and oxygen. In laboratories, attempts to extract the chemical from aqueous solution failed. However, the cause of this instability is the presence of minute amounts of transition metal salts which propel the decomposition of the compound in water. It was through vacuum distillation that Richard Wolffenstein successfully obtained pure HOOH in 1984. As just mentioned, the correct structural formula of the compound is H-O-O-H.

It is a popular chemical which you can buy at grocery shops and pharmacies, but these solutions contain relatively low amounts of the peroxide which is about 3 to 6%. Generally, the stated concentrations actually depend on the amount of oxygen gas evolved when the solution is decomposed. The 30% solutions are usually used in laboratories but commercial grades with high concentrations of the peroxide are also available. Concentrations above 68% are extremely volatile and can easily dissociate to steam and oxygen with heat. Concentrated grades are hazardous and need expertise in handling and storage. Nonetheless, the dilute solution mentioned earlier is relatively safe and is used in various medical applications.

Half of the production of this chemical went to pulp and paper bleaching. The high oxidizing property of the chemical makes it an important bleaching agent. What makes it a better alternative than chlorine is that it is generally safer with less environmental hazard than chlorine-based bleaching chemicals. Perhaps another significant application of this peroxide is its incorporation in the making of sodium percarbonate and sodium perborate which are also used as additives in laundry detergents to give them bleaching properties. The substance is also used in making dibenzoyl peroxide and other organic peroxides. When allowed to react with carboxylic acids, it yields peroxy acids. For instance, meta-chloroperoxybenzoic acid is prepared with meta-chlorobenzoic acid while peracetic acid is prepared through the reaction of the peroxide with the acetic acid. The chemical we know as H2O2 is used in manufacturing of printed circuit boards. It is mixed with sulphuric acid and the mixture is utilized as a microetch chemical. A mix of HOOH, metal catalyst, water, and methanol can quickly yield extremely hot steam which can be used for several applications. This also releases carbon dioxide which is another relevant gaseous compound.

This simple peroxide compound is widely used for its disinfecting and antiseptic properties. It is used as a simple mouthwash and as a wound rinse. The peroxide is also used when shutting down nuclear PWRs to activate oxidation and dissolution of corrosion products which should be removed before disassembling the reactor. In exploring oil and gas deposits, HOOH is used to oxidize rocks for micro-fossil analysis. 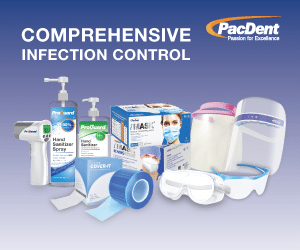